Why are fault lines and volcanoes all over North and South America suddenly waking up ? Are we moving into a time when major earthquakes and volcanic eruptions will become much more common ?

For the past several decades, we have been extremely fortunate to have experienced a period of extremely low seismic activity along the west coast of the United States. You see, the west coast lies right along the infamous Ring of Fire.

Scientists tell us that it is inevitable that "the Big One" will hit California someday, but people have gotten very apathetic about this because things have been so quiet out there for so many years.


Well, now it appears that things are changing in a big way - and not just along the California coast. The following are 12 signs that something big is happening to the earth's crust under North and South America...

#2 Following that earthquake, there were more than 100 aftershocks.

#3 A 4.1 earthquake shook Los Angeles on Saturday. Scientists are hoping that this earthquake swarm in southern California will end soon.

#4 Earlier this month, a 4.4 earthquake rattled Los Angeles so badly that it caused news anchors to dive under their desks.

#5 A 6.9 earthquake just off the coast of northern California in early March was the largest earthquake to hit the west coast of the United States since 2010.

#6 Up in Oregon, Mt. Hood recently experienced more than 100 earthquakes over the course of just a few days.

#7 During the past month, there have also been some other very unusual geologic events that have been happening up in Oregon...

#8 A 4.8 earthquake rattled Yellowstone National Park on Sunday, and there have been at least 25 earthquakes at Yellowstone since Thursday.

#9 Scientists recently discovered that the Yellowstone supervolcano is now releasing far more helium gas than they had anticipated.

#10 Over the past month, there have been more than 130 earthquakes in the state of Oklahoma. This is highly unusual.

#11 There have been several dozen earthquakes in Peru over the past month, including a 6.3 earthquake that made headlines all over the globe.

#12 Earlier this month, the northern coast of Chile was hit by more than 300 earthquakes in a seven day stretch. 41 of those earthquakes were stronger than magnitude 4.5.

Fortunately, the quake that hit Los Angeles on Friday did not cause too much lasting injury. But it sure did shake people up. The following is how the Los Angeles Times described the damage...

The quake, centered near La Habra, caused furniture to tumble, pictures to fall off walls and glass to break. Merchandise fell off store shelves, and there were reports of plate glass windows shattered.

Residents across Orange and Los Angeles counties and the Inland Empire reported swinging chandeliers, fireplaces dislodging from walls and lots of rattled nerves. The shake caused a rock slide in Carbon Canyon, causing a car to overturn, according to the Brea Police Department.

Why this particular earthquake is of such concern is because it occurred along the Puente Hills fault line. According to one seismologist, this is the fault line that would be most likely to "eat L.A."...

Experts said that the earthquakes occurred on the Puente Hills thrust fault, which stretches from the San Gabriel Valley to downtown Los Angeles.

Hauksson revealed that the earthquake was unusual because the 5.1 quake was preceded by the weaker foreshock.

Scientists such as Hauksson are very concerned about the Puente Hills fault because it runs directly under downtown Los Angeles.

'This is the fault that could eat L.A.,' seismologist Sue Hough told The LA Times in 2003.

The fact that this fault appears to be waking up is really bad news.

According to seismologists, a major earthquake along this fault line could cause hundreds of billions of dollars of damage...

Video simulations of a rupture on the Puente Hills fault system show how energy from a quake could erupt and be funneled toward L.A.'s densest neighborhoods, with the strongest waves rippling to the west and south across the Los Angeles Basin.

According to estimates by the USGS and Southern California Earthquake Center, a massive quake on the Puente Hills fault could kill from 3,000 to 18,000 people and cause up to $250 billion in damage. Under this worst-case scenario, people in as many as three-quarters of a million households would be left homeless.

For years, we have watched as the rest of the Ring of Fire has been absolutely ravaged by major seismic events.

And the world mourned when major earthquakes devastated New Zealand, Chile, Peru, Japan and the Philippines.

Scientists assured us that it was only a matter of time before the west coast started to become seismically active again, and now it is happening.

If you live on the west coast, I hope that you will consider these things very carefully.

Just because the earth under your feet has been relatively quiet for a very long time does not mean that it will always be that way.

Something big appears to be happening to the earth's crust, and you won't want to be in the "danger zone" when things finally break loose. 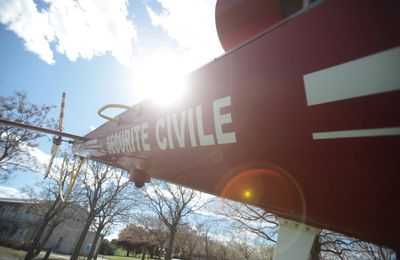 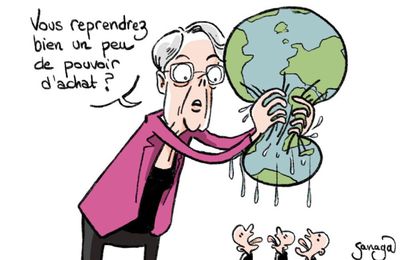