City of London Police have sparked controversy by producing a brief in which the Occupy London movement is listed under domestic terrorism/extremism threats to City businesses. 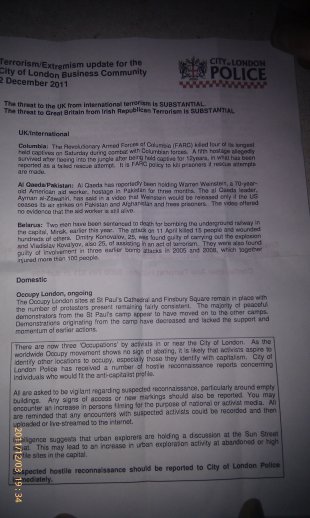 The document was given to protesters at their “Bank of Ideas” base on Sun Street – a former site of financial corporation UBS. City police have stepped up an effort to quell the movement since they occupied the building on 18 November, with the document stating: “It is likely that activists aspire to identify other locations to occupy, especially those they identify with capitalism.

“Intelligence suggests that urban explorers are holding a discussion at the Sun Street squat. This may lead to an increase in urban exploration activity at abandoned or high profile sites in the capital.” The Occupy movement is listed alongside threats posed by the Revolutionary Armed Forces of Columbia (FARC), Al Qaeda and Belarusian terrorists.

“Just the words themselves are enough to deceive the public opinion and this is what we see at the moment,” Occupy spokesman Spyro Van Leemnen told Yahoo! News. “We are clearly nothing to do with extremists or terrorists, we are a peaceful group and we do use direct action to raise our point but definitely not terrorism.

“The building has been abandoned for a good few years now and we think it is crazy for a bank to have it empty and not used when we know at the same time there are so many family homes that have been repossessed. Occupying that building and giving it back to the community is definitely not a terrorist act,” he added.

Commenting on the document, City of London Police said: “[We] work with the community to deter and detect terrorist activity and crime in the City in a way that has been identified nationally as good practice. 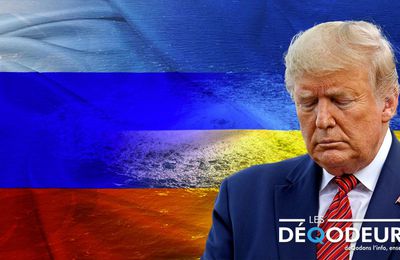