China commits billions in aid to Africa as part of charm

Database reveals government has backed 1,700 projects on continent since 2000 in apparent attempt to win favour. The country's financial commitments are significantly larger than previous estimates

China has committed $75bn (£48bn) on aid and development projects in Africa in the past decade, according to research which reveals the scale of what some have called Beijing's escalating soft power "charm offensive" to secure political and economic clout on the continent.

The Chinese government releases very little information on its foreign aid activities, which remain state secrets. In one of the most ambitious attempts to date to chip away at this secrecy, US researchers have launched the largest public database of Chinese development finance in Africa, detailing almost 1,700 projects in 50 countries between 2000 and 2011.

China's financial commitments are significantly larger than previous estimates of the country's development finance, though still less than the estimated $90bn the US committed over that period. Researchers at AidData, at the College of William and Mary, have spent 18 months compiling and encoding thousands of media reports to construct the database, and hope users will contribute further detail on the projects.

The data, which challenges what has for years been the dominant story – Beijing's unrelenting quest for natural resources – is likely to fuel ongoing debate over China's motives in Africa.

There are few mining projects in the database and, while transport, storage and energy initiatives account for some of the largest sums, the data also reveals how China has put hundreds of millions of dollars towards health, education and cultural projects.

In Liberia, China has put millions towards the installation of solar traffic lights in Monrovia and financed a malaria prevention centre. In Mozambique, China's projects include a National School for Visual Arts in Maputo. In Algeria, construction has begun on a multimillion dollar 1,400-seat opera house in the Ouled Fayet suburbs of western Algiers.

The view from Beijing

China has also sent thousands of doctors and teachers to work in Africa, welcomed many more students to learn in China or in Chinese language classes abroad and rolled out a continent-wide network of sports stadiums and concert halls.

"The dominant narrative has been one of China's insatiable desire for resources. But in fact this database suggests there may be many more things going on," said Vijaya Ramachandran, senior fellow at the Washington DC-based thinktank Centre for Global Development and co-author of a report on the AidData project.

Only a fraction of the database's projects (totalling $16bn) would count as official development assistance under the rules set by the Organisation for Economic Co-operation and Development (OECD). Ramachandran, however, insists China is still playing an important role in closing funding gaps in Africa. "China is a major emerging player in development finance and we need to get a handle on what it is doing," she said.

While the scale of Chinese involvement in Africa has grown substantially since 2000, its attempts to secure influence on the continent are nothing new

While aid from OECD countries stagnates or shrinks under the pressure of budgets and an increasingly sceptical public, a host of new emerging donors – including Brazil, Venezuela, and Iran – are expanding their work in other developing countries. These countries have largely resisted calls to disclose data or abide by international aid transparency standards. This lack of information has fuelled wild speculation over what the donors are doing – and why.

The appeal of Chinese aid to African leaders

In this excerpt from Madam President, Malawi's Joyce Banda explains why African countries often prefer to deal with China than with Western donors

Produced and directed by Nick and Marc Francis

While some insist the bottom line is China's thirst for natural resources, others argue Beijing's development projects on the continent – from infrastructure to debt relief to providing medical support – are also part of a public diplomacy strategy to build up goodwill and international support for the future.

New Chinese development projects are often announced during high-level visits from state officials, although many never make it past the ceremonial pledges. Researchers found evidence that almost 1,000 projects totalling $48.6bn, are under way or complete. The rest either remain in the pipeline or will never happen.

Many of the cultural and sporting projects across the continent are probably "upfront sweeteners" to win government favour, a "downpayment" for future commercial deals, suggests Stephen Chan, professor at the School of Oriental and African Studies in London.

But Chan rejects the idea that China has a master strategy in Africa. "There are 54 countries in Africa. You're off your head if you think there's one single agenda."

Deborah Bräutigam, head of the international development programme at Johns Hopkins University, said suggestions that China's aid to Africa was all about natural resources were "widespread misconceptions". "There are a lot of reasons countries give aid and China is no different," she said.

The Eight Principles of Chinese aid

In 1964, the Chinese government declared the Eight Principles for Economic Aid and Technical Assistance to Other Countries, which still inform development policy today:

Chinese education and training programmes, for example, target students from across the continent. "These are all about diplomacy, about soft power ... like the Alliance Française and the British Council ... all about presenting China as an important global player. All the big countries do this," she added.

Other programmes can be linked to China's trade agenda. Chinese medical teams have worked in Africa since 1963, but recently their objective has expanded to include promotion of China's pharmaceuticals such as antimalarials, according to Yanzhong Huang, senior fellow for global health at the Council on Foreign Relations. He said a combination of economic interests and the need to expand its political influence and improve its international image was driving Chinese health aid in Africa.

Beijing has also sought to improve its image on the continent by financing the rapid expansion of Chinese media outlets across the continent to counter negative images of China and Africa with upbeat stories. This is an explicit part of China's official Africa policy, released in 2006, which encourages exchange and co-operation between African and Chinese media to "enhance mutual understanding and enable objective and balanced media coverage of each other".

The database includes Chinese projects to train journalists in Angola and Zimbabwe, as well as an exchange programme for journalists in China and Ghana.

It contains records of Chinese-backed projects in all but the four African states that maintain diplomatic relations with Taiwan: Burkina Faso, the Gambia, Sao Tome and Principe and Swaziland.

But last year Joseph Nye, the Harvard professor who coined the term "soft power", said China would see little return on its investments until it relaxed its control over information.

"Great powers try to use culture and narrative to create soft power that promotes their national interests, but it's not an easy sell when the message is inconsistent with their domestic realities ... in an information age in which credibility is the scarcest resource, the best propaganda is not propaganda," he wrote in the Wall Street Journal. "China is clamping down on the internet and jailing human rights lawyers, once again torpedoing its soft-power campaign." 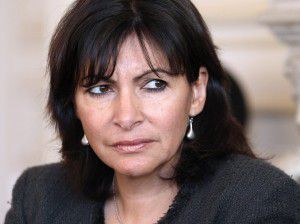 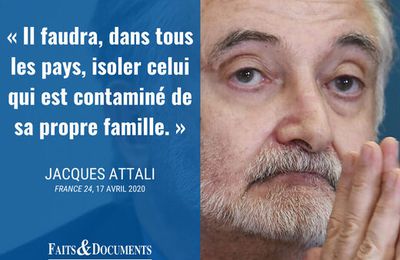