The team have so far produced 598 mice that are genetic copies of one original creature (AFP/File, Pierre Andrieu)

TOKYO — Japanese scientists have produced 26 generations of clones from a single mouse, the lead researcher said Friday, possibly paving the way for the mass replication of valuable livestock.

The team have so far produced 598 mice that are genetic copies of one original creature in an experiment that has so far been going for seven years, said Teruhiko Wakayama of the Riken Center for Developmental Biology.

"This is by far the largest cloning project using a mammal," he told AFP.

"By applying our study, mass reproduction of prized animals should become possible even after the original animals die," he said.

Reliable methods for cloning over an extended number of generations could be a boon to farmers who have, for example, a cow that produces a lot of milk, or an animal that is expected to produce particularly high-quality meat.

Natural breeding does not guarantee that an animal's offspring will have the same qualities, but a clone is an exact copy.

Wakayama has significantly improved on existing capabilities that had a low success rate and tended only to last for a few generations.

The team used a technique called somatic cell nuclear transfer, whereby a cell's nucleus, which contains the genetic information of the original animal, was inserted into a living egg that had its own nucleus removed.

The egg was then planted in a surrogate who delivered the clone. That cloned result then became a donor for another cell nucleus, which was implanted into a host cell, allowing the cycle to continue.

Detailed genetic analysis showed limited abnormalities in non-vital aspects, such as large placenta, but the clone-specific abnormalities neither increased nor decreased over generations of recloning, Wakayama said.

Wakayama's team has found that use of a certain chemical agent, called a histone deacetylase inhibitor, and other technical improvements allowed recloning to continue for many generations, he said.

"Our results show that repeated iterative recloning is possible," he said.

"I want to say we should be able to continue this forever. We will continue our study until we see the end of it," he said.

The study was published in the US-based journal Cell Stem Cell. 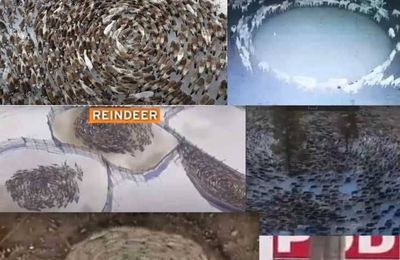