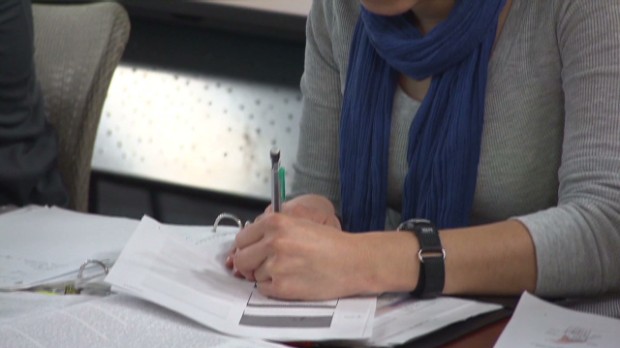 But hope isn't lost yet. Lawmakers are working hard behind the scenes trying to strike a deal to save the 7 million college students who are slated to take the subsidized federal Stafford loans this year.

Senate Democratic leaders are throwing their weight behind a bill that would extend the 3.4% rates for another year, just as Congress did last year.

House Republicans have said they'd prefer a longer term solution, like the one they passed back in April to keep rates low for now but rise along with market rates in the future.

Students are being told to prepare for the worst and hope for the best.

"We're advising our schools to tell students that their subsidized Stafford interest rates are going to be 6.8% on July 1," said Justin Draeger, president of the National Association of Student Financial Aid Administrators.

Students with loans at stake have been watching the debate on Capitol Hill with worry and apprehension.

Related: How I found a job after graduation

"I find it really frustrating that nothing is even being brought up, since Congress is now in recess," said Rachel McGovern, who will be a senior at University of Florida this fall and will be taking out $5,500 in subsidized federal loans. "It feels like they're just ignoring student needs right now."

The higher rates that go into effect on July 1 only apply to new loans, such as McGovern's. These loans are generally awarded to only about a third of undergraduate students in financial need. Only Congress can change the rates and any tweak to the law is expected to be retroactive July 1.

But there was no clear message if any deal would be reached before the end of summer, when the number of students taking out loans will ramp up ahead of the school year.

Generally, lawmakers in both parties in Congress and the White House agree that something should be done, but they don't agree on what.

"Students across this country would rather have no deal than a bad deal," said Jack Reed, a Rhode Island Democrat, at a press conference last week on student loans.

The Republican-controlled House passed a bill to stop rates from doubling now, but would allow them to rise later. Senate Democrats don't like it. President Obama vowed to veto it, calling it the "wrong approach." However, Obama has a plan that's very similar to the House plan.

Senate Democratic leaders want to extend the low rates for a year or two, and give Congress time to come up with a longer term solution as a part of the normal budget process.

Meanwhile, a group of two Senate Democrats and two Republicans struck a deal that also resembles the House plan.

Undergraduates, who take out unsubsidized student loans from the government, are already paying the higher 6.8% rate since 2007.

Some Washington leaders want to revamp the student loan program and peg rates to economic conditions. The President and House Republicans, for instance, have proposed ways of tying student loan rates to 10-year Treasury notes.

However, the two sides disagree on the details, such as how to cap rates in a way that will ensure students don't get hosed if interest rates skyrocket. They also disagree on ways to let students "lock in" their rates from year to year.

Outsized student debt has become a pressing issue, with many young graduates deep in debt and without jobs. It is second only to mortgages as the largest debt that consumers carry. In 2011, students on average owed nearly $27,000 in loans.