New Tick-Borne Illness Could Be Worse Than Lyme Disease Doctors May Not Even Know To Look For Borrelia Miyamotoi Infection

As CBS 2’s Dr. Max Gomez reported, the new deer tick-borne illness resembles Lyme disease, but is a different malady altogether – and it could be even worse. The common deer tick is capable of spreading dangerous germs into the human bloodstream with its bite. However, Lyme disease is one of many diseases that ticks carry.

The latest disease is related to Lyme, and an infected person will suffer similar symptoms.

“Patients with this illness will develop, perhaps, fever, headache, flu-like symptoms, muscle pains — so they’ll have typical Lyme-like flu symptoms in the spring, summer, early fall,” said Dr. Brian Fallon of Columbia University. “But most of them will not develop the typical rash that you see with Lyme disease.”

Fallon, a renowned expert on Lyme disease at the New York Psychiatric Institute, said the importance of the new bacterium – called Borrelia miyamotoi — is that it might explain cases of what looked like chronic Lyme disease, but did not test positive for Lyme.

“The problem is that the diagnosis is going to be missed, because doctors aren’t going to think about Borrelia miyamotoi because they don’t know about it. And number two, if they test for Lyme disease, it will test negative, and the rash won’t be there,” Fallon said. “So they are not going to treat with the antibiotics, so the patient will have an infection staying in their system longer than it should.

While there is no test yet for the germ, the good news is that it appears the same antibiotic that kills Lyme disease also works – if it is given in the right doses and started early in the infection.

Remember, it takes a tick bite to get Lyme disease or the new bug, and the tick usually has to feed on your blood for at least 24 hours.

If you have been outdoors, have someone else do a full body check, Gomez advised. Ticks are small – only about the size of a sesame seed. 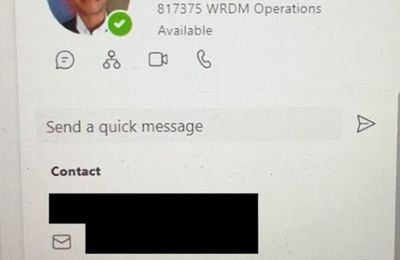