Magnetic fields around southeastern quadrant are crackling with C-class solar flare and it could unleashed another M-class flare pretty soon. NOAA/SWPC forecasters estimate a 40% chances for M-class events during the next 24 hours. The most active sunspots are AR 1560 and AR 1563. New Sunspots 1561, 1562 ad 1563 were numbered on August 30 and old region 1545 from the previous rotation is now in Earth view.

There are no large coronal holes on the Earthside of the sun.

Extreme ultra-violet pulses are causing waves of ionization around the dayside of our planet. The extra ionization altered the propagation of very low-frequency radio signals around northern Europe. Readings from laboratory in Lofoten, Norway show the sudden ionospheric disturbances. And more ionization waves are about to come. SIDC/STCE report from August 31 brings filament eruption overview from first half of this month. Several multi-legged small filament pillars seen dancing around the solar north pole in early August. Dark and dynamic strands started to develop on August 3 in the northeast, and about half a dozen could be seen for a few days by SDO.

Around August 7, they start interacting with each other and with magnetic elements inside and outside the area they encircle. Normally, the solar rotation would guide them across the solar limb and out of sight, but being so close to the solar pole, the filaments and their frantic interactions were large enough to be seen from behind the north limb.

On August 11 the filaments erupted in a spectacular way. The magnificent event was nicely captured in this movie from SDO/AIA171 and AIA304 imagery. Super-synoptic plots of the solar magnetic field like this one from the Mount Wilson Observatory, show the migration of the magnetic fields over the solar surface (red is negative polarity, blue positive). Reversals of past solar cycles are indicated with green ellipses.

The filamentary strands visible early August seem to indicate there is still magnetic flux of opposite polarity very near to the north pole, implicating the reversal is not complete. However, the magnetic maps clearly indicate that the solar north pole is on the verge of permanently switching its magnetic polarity. The southern pole is lagging, perhaps by as much as a year. These reversals are yet another sign that solar cycle 24 is approaching its maximum. 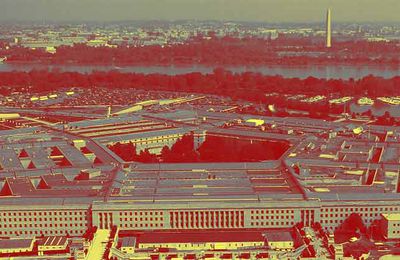