Two suspected insurgents sit at the Canadian base at Sperwan Ghar, Afghanistan on April 18, 2010, after Canadian troops found them allegedly in possession of an AK-47 assault rifle and ammunition. Canadian troops collected a great deal of biometric data from detainees in Afghanistan.

The Canadian Forces is expanding its ability to collect biometric data, such as DNA and scans of people’s irises, in case other federal government departments need to have access to such information and technology, according to documents obtained by the Citizen.

The military has collected hundreds of samples of such biometric information in Afghanistan, mainly from those detained by troops or from individuals who have acted suspiciously.

But in an April 2010 directive issued by then Chief of the Defence Staff Gen. Walter Natynczyk, the military was ordered to expand such capabilities beyond those being detained in Afghanistan.

The directive called on Canadian Forces planners to “shape” research conducted by the DND’s science organization, Defence Research and Development Canada, so they could identify new future technologies that could improve the collection of biometric data.

The directive also highlighted the need to “ensure the CF is technologically positioned to evolve the use of biometrics in support of Canadian other departments, if and when ordered,” according to the documents obtained by the Citizen through the Access to Information law.

The use of biometric data by militaries has rapidly increased over the last several years. Such efforts involve troops taking fingerprints and scans of the irises of individuals. Facial photos and DNA are also taken, with the information stored in databanks available to intelligence agencies.

The U.S. military has collected and stored biometric information on more than 2 million individuals from Iraq and Afghanistan. That includes everyone from detainees to workers at U.S. bases in those countries. In some cases, U.S. units have collected such data from entire villages.

The FBI is also building a vast biometrics database and the U.S. Department of Homeland Security has on file millions of sets of fingerprints. Those were collected from people stopped at U.S. borders, individuals applying for visas, and from U.S. citizens adopting children from overseas.

The American Civil Liberties Union has warned that biometrics is becoming a key component of allowing government to establish a surveillance society.

Military and intelligence officers counter that it is an important tool to track insurgents and terrorists.

The Canadian Forces is believed to have started using biometrics in Afghanistan in 2009 but the military is not keen to discuss details. Canadian military officers say the program is considered quite controversial as well as sensitive.

The directive was aimed at dealing with the Afghanistan mission. But it didn’t explain whether the call to expand biometric capabilities to support other government departments, as well as the need to conduct new research, was for future international missions, support for domestic operations or a combination of both.

The Citizen requested comment from the Canadian Forces in August about the biometrics program as well as details about what has happened to the iris scans, DNA and fingerprints taken from Afghans. The Canadian Forces and the DND has not provided comment.

The Natynczyk directive did note that while in Afghanistan, Canadian troops were not to collect biometric data on Canadian citizens.

Defence Research and Development Canada has already partnered with the RCMP, Foreign Affairs and Canada Border Services Agency to support a study into using biometric systems in Canadian border security applications. Among those technologies examined were systems capable of scanning faces and irises of groups of people at a distance.

The directive called on the department and Canadian Forces to establish appropriate arrangements with allies to ensure safeguards were put in place on the sharing of biometric information. The directive acknowledged there is a risk in sharing such data in that it may be used for purposes that are “not consistent with national or international law.”

The military acknowledges in documents that its biometric systems, while highly accurate in identifying individuals, cannot provide a 100 per cent guarantee of an exact match.

Paul Champ, the Ottawa lawyer who challenged the federal government on the issue of treatment of Afghan detainees, points out that the use of biometrics opens up potential national and international legal issues. He noted the Canadian Forces might be prevented from sharing biometric data it has gathered with the U.S.

Champ also questioned what will happen to the biometric information Canada has collected, once this country’s troops pull out of Afghanistan in 2014. But he wasn’t surprised the Canadian Forces biometrics program is cloaked in secrecy.

“This is another example of the paranoid secrecy demonstrated by the Canadian Forces,” Champ said. “If you ask the Canadian Forces whether the Chief of the Defence staff had a cup of coffee this morning they would likely also treat that as a national security question.” 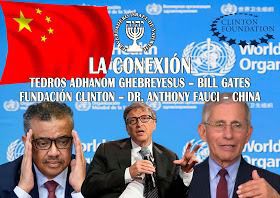