The Russian Navy's Northern Fleet announced yesterday the permanent deployment of the 200th Motorized Infantry Brigade of the Russian Army adjacent to the Norwegian border. It is the first of two brigades to be permanently assigned to the Northern Fleet and placed under the overall command of Vice Admiral Vladimir Korolev. This development is not only significant for the size of the formation itself and where it is being deployed, but also for the composition of forces within the brigade.

Current Russian military commanders like their Soviet Era predecessors take the 'combined arms' warfare approach to force composition and structure with elements of all warfare specialties included in a 'mixed bag' forces able to address multiple threats in any area of operations it may be assigned to. NATO and U.S. forces also practice this doctrine and coined the phrase 'joint operations' rather than 'combined arms'. Both however are descendent developments of German mobilized formations designed around Blitzkrieg warfare in WWII.

The 200th Motorized Infantry Brigade includes not only infantry units, but also coastal missile defense and artillery forces, air-mobile infantry, and light armor units. The Northern Fleet's naval infantry forces will also be placed under the 200th's tactical command giving it an amphibious assault capability. This last aspect is indicative that the general mission of the 200th is expeditionary warfare; projecting military power over border frontiers and across bodies of water behind border frontiers or on nearby islands.

There is no presently known or perceived future threat to Russian interests in the Arctic to explain a need for offensive forces to be deployed in the region. President Putin has repeatedly mentioned a concern for Arctic regional security without ever specifying what threat is present or likely will be. In the 107 years since independence from Sweden in 1905, Norway has never been a military aggressor against any of its neighbors and in fact was a victim of German invasion and occupation in WWII.

During the entirety of the Cold War, Norway figured prominently in Soviet planning for an assault against NATO. Norway has a long coastline and the country is narrow in width along that coast line from its border with Russia in the Arctic south to the city of Trondheim before the landscape widens into any kind of interior country with room for defending forces to maneuver in.

Soviet war plans focused on seizing various points on the Norwegian coast with motorized infantry brigades such as the 200th via amphibious assault; advancing across the narrow interior to the Swedish border forcing defending NATO forces to retreat south or be cut off and destroyed. Norway was important to Soviet planning both to provide forward bases for submarines in Norway's famous deep water fjords and from which to launch strike aircraft against NATO convoys and naval battle groups as well as against British naval assets in Scotland at a greatly reduced range than if launching them from bases in the Russian Arctic.

The Cold War of course has long ended, officially. Russia is no longer the Soviet Union and its military in many respects is a shadow of its former self, especially with regard to naval amphibious forces. However, Russia's military still has a 'bite' as evidenced when Putin ordered an invasion of Georgia in 2008, and does not require a Soviet Era juggernaut to project power in the sparsely populated and lightly protected Arctic. The mysteries however are; against whom and why? The recent restructuring of the military draft in Norway to turn out more trained recruits in less time than before may be a clue, as well as the current efforts of Denmark and Finland to modernize and strengthen their military forces. 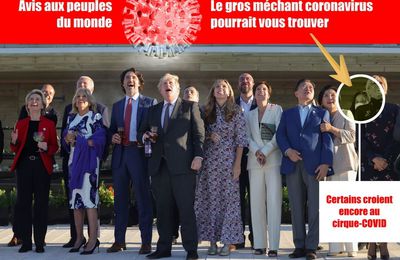