Two of the 20th century’s most prescient secular writers were George Orwell and Aldous Huxley, both of whom analyzed certain aspects of our current occult scientific dictatorship. Orwell was a confused radical who criticized fascism and communism and Huxley was an elitist whose own brother was a major player in the eugenicist machine.

The Russian writer Yevgeny Zamyatin wrote the original dystopian novel We in 1921. It was the first work banned by the Soviet censorship board. I am of the opinion that it trumps both 1984 and Brave New World.

Orwell hypothesized that the fascist global dictatorship would outright censor the written word by simple deletion as compared to the fiery method applied by the “Holy” Roman Empire and German National Socialist "New Order" in centuries past, thus preventing independent thought.

Huxley prophesied that the general populace would lose interest in intellect and the books which feed it. Instead, they would be enamored by sexual perversion, mind-altering drugs, and make pleasure their idol, thus neutralizing independent thought.

So who was right? Orwell and Huxley both were: it's a pincer movement.

eBooks: Coming to a School Near Your

Huxley's divination passes with psychedelic flying colors. The government and corporate consumerist propaganda of the 1970s has gone over too well, where shopping malls today have become temples. Morals have been subverted via the media in all its forms (television, film, and Internet) whose final stage of influence exhibits itself in the common culture. Few are interested in reading and many are literally incapable of reading due to the way their brains have been hacked by social networking and mobile phones. Indeed, Soviet dissident Yuri Bezmenov predicted this process of moral degeneration and collectivist subversion in 1984.

The Orwellian method is gaining ground in classrooms around the world. At one of Mexico’s elite schools, the next generation of students are seeing their physical books slowly disappear. Some will be receiving or purchasing Amazon Kindles or Apple iPads for their classes.

Despite all the trendiness of this latest digital fashion, educational decision makers should take note of Silicon Valley elites who are sending their children to schools without computers.

The use of physical textbooks is being gradually phased out. Teachers are already being bombarded with eBook promotions for use in their subject matters. There are also projects that encourage teachers to create licensed eBooks for use in their own classrooms as well as those of others.

Why is this a problem you might ask? Well, just look at the little stunt pulled by Amazon, its Kindle and Orwell's 1984. Amazon remotely deleted the eBook from customer readers, along with Ayn Rand literature in another instance. It's bad enough that 1984 isn't really being read in high schools anymore.

So the global "aristocracy of purpose" will be able to censor revolutionary literature simply by deleting them from eBook readers. Coupled with the demise of books in print, this poses a great threat for future generations of free and independent thinkers.

The international oligarchy apparently includes to some degree Amazon's CEO Jeff Bezos, who attended 2011's Bilderberg meeting in St. Moritz, Switzerland. For the uninitiated, Bilderberg is an elitist group which has a great handle on steering global affairs for their own oligarchic purposes. You can find actual scans of the private notes of their meeting minutes on the internet, which demonstrate their insidious hand behind global affairs. They have meddled in everything from the creation of the European and coming North American Union to the 1973 oil shock which has lead to today's peak oil mythology.

Some schools in Mexico have also introduced a rudimentary RFID credential for students and teachers. While not as advanced as counterparts seen around the world, it is a step in singularity's direction. Our RFID credentials now have a dual purpose aside from access and potential surveillance. The school has cut a deal with a local bank and the ID has doubled as a credit card, adding a further insidious function to the cursed things.

Schools such as those in Texas utilize more advanced devices which allow virtual real-time tracking of students. This not only removes the right of a human to free will, but allows corrupt authorities, sexual predators and thieves to gain freer access to potential victims.

In Texas, it was a Mexican Christian family that first stood up to the tyranny. They recognized the prescience of prophesy in the Book of Revelation, where no one would be able to "buy or sell unless he has the mark." Indeed, without the new RFID badges, you are essentially unable to participate in the work or educational environment.

How You Can Protect Yourself

All of these systems are coming together under central authorities, which are ultimately linked globally as national sovereignty gives way to an international system. There are a few things an individual can do to futureproof themselves, at least to stave off tyranny for as long as possible:

1. Build your own library and buy as many used or new physical books as you can. You can also build a common library together with friends.

2. Create backups of any electronic books you own using recordable media or external hard disks.

3. Purchase badge-holders, passport covers and aluminum-lined wallets from companies such as ID Stronghold to protect yourself from financial and identity theft as well as surveillance.

4. Minimize your online and digital footprint. Use alternative albeit imperfect private email services such as Hushmail. Use keystroke logging protection such as KeyScrambler and encryption like TrueCrypt. Remove yourself from People Search websites.

5. Use a hardwired cable internet connection at home to minimize electromagnetic radiation (EMR) as well as security risk.

There Can Be No Freedom Without Truth

Most importantly, choose your battles and stand up to tyranny. Sooner or later, you are going to have to deal with it. Many institutions consider their workers merely cogs in the machine, disposable and easily replaced. This is another reason to develop secondary streams of income and become self-sustainable. The history of the world past, present and future is written in the Bible and it tells us exponential tyranny is coming. So do the secular writers of this age.

“But, in general, his freedom and choice will be controlled within very narrow alternatives by the fact that he will be numbered from birth and followed, as a number ,through his educational training, his required military or other public service, his tax contributions, his health and medical requirements, and his final retirement and death benefits.” (Tragedy and Hope, 866)

The late Patrick McGoohan fleshed it out for us onscreen in his classic 1967 TV series "The Prisoner" where he stood up for the individual and stated that the he "will not be pushed, filed, stamped, indexed, briefed, debriefed or numbered." Our lives are our own.

Hong Kong protestors recently prevented the state from introducing overt brainwashing classes in schools (as opposed to the subtle indoctrination which already occurs). They will only be so lucky in the future. The Gray State is here. Something wicked this way comes.

Jorge Gato is The Dollar Vigilante's Mexican-based Education Correspondent and is a social sciences educator who is in the trenches daily, warding off severe cases of cognitive dissonance, mass indoctrination, and unhealthy reasoning. You can reach the dissenting professor via dissidentthinker [at] hush . com. He writes at http://dissidentthinker.wordpress.com 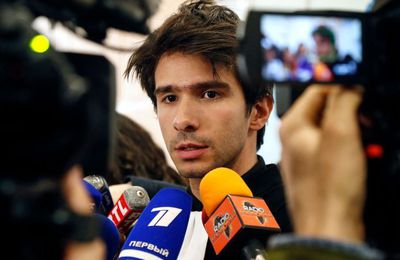