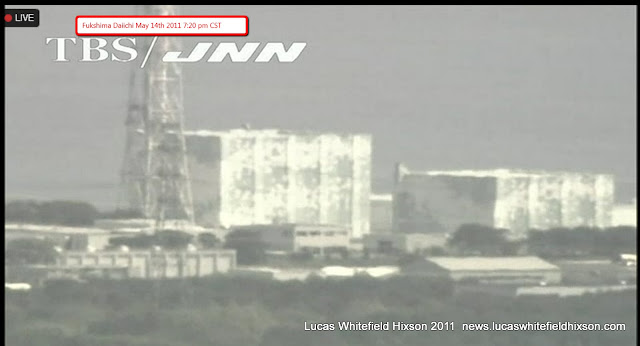 Tokyo Electric Power Co said Sunday pumps to cool the nuclear reactor and fuel pool at its crippled Fukushima Daiichi power plant’s No. 5 reactor, which had been in a state of ‘‘cold shutdown,’’ stopped for around 15 hours until backup pumps were activated.

The temperature inside the reactor rose to as high as 94.8 C after the unit’s pumps were found to have stopped Saturday night but fell after switching to the backup pumps to restore the cooling system, TEPCO said.
If the unit had been left unattended with the temperature surpassing 100 C, the water containing nuclear fuel inside the reactor could have boiled and evaporated, thereby exposing the fuel and damaging it.
TEPCO admitted that while it had reported the incident to the central and prefectural governments on Saturday night, it lacked consideration in waiting to make the information public until Sunday morning.
Heated water in the No. 5 unit had been cooled by water and seawater using the residual heat removal system and the pumps that broke down were makeshift pumps set up to draw in seawater, according to TEPCO officials.
The problem may have been caused by insulation failure in the electrical system, the officials said.