Iran's banks to be blocked from global banking system 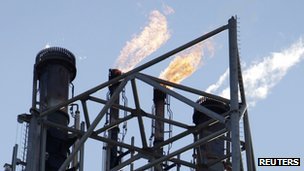 Swift, the body that handles global banking transactions, says it will cut Iran's banks out of the system on Saturday to enforce sanctions.

The move will isolate Iran financially by making it almost impossible for money to flow in and out of the country via official banking channels.

It will hit its oil industry, but may also have a heavy impact on Iranians who live abroad and send money home.

The move follows EU sanctions against Iran over its nuclear programme.

The US and its allies accuse Iran of trying to develop nuclear weapons - a charge it denies. 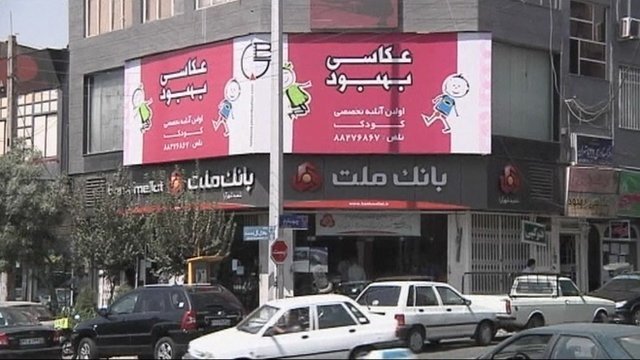 Sanctions expert Mehrdad Emadi: "Losing Swift facilities is equivalent to not having travel documents for a business person"

Iran last week agreed to hold talks with six major world powers over its nuclear programme, although no date or venue has been set.

Almost all banking transactions pass through Belgium-based Swift, the Society for Worldwide Interbank Financial Telecommunication, which is sometimes called the "glue" that holds the financial system together.

Swift will pull the plug at 1600 GMT on Saturday, in what is all but the final blow to Iranian business dealings.

Its announcement coincides with news that major money exchange houses in the nearby United Arab Emirates have stopped handling Iranian rials over the last few weeks, something that has further reduced Iran's ability to trade and acquire hard currency.

Iran's business activities had already been restricted by US anti-money laundering legislation which made it risky for banks around the world to do business with Iran, including trade financing.

It is heavily reliant on its oil industry.

China and India have said they will still take Iranian oil, but the only obvious way for Iran to be paid for it is now in gold.

One Iranian businessman said Swift's move would make it now impossible to conduct business with Iran.

Morteza Masoumzadeh, a member of the executive committee of the Iranian Business Council in Dubai and managing director of the Jumbo Line Shipping Agency, told the Reuters news agency: "If Iranian banks cannot exchange payments with banks around the world then this will cause the collapse of many banking relations and many businesses."

Lazaro Campos, chief executive of Swift, said: "Disconnecting banks is an extraordinary and unprecedented step for Swift. It is a direct result of international and multilateral action to intensify financial sanctions against Iran