In one of the most devastating acts of destruction of its own credibility, Facebook engaged in yet more censorship of Free Speech with the suspending of an account that posted a photo of children rallying against Monsanto during today's global March Against Monsanto.
The picture shows two children of Natural News reader Andrea Lalama. They are carrying hand-drawn signs that read:

After this picture was shared on Facebook by Natural News, Andrea's account was immediately suspended. Facebook displayed a message on her account which read (see screen capture, below):
"FACEBOOK: You have been restricted from Interacting With Pages until Saturday, June 8, 2013 at 6:47pm."
At this point, Andrea can only re-post other people's content but is disallowed from posting her own content. Why? Because children with signs are obviously very, very dangerous to the establishment.

See the photo of two children that Facebook says is "abusive" 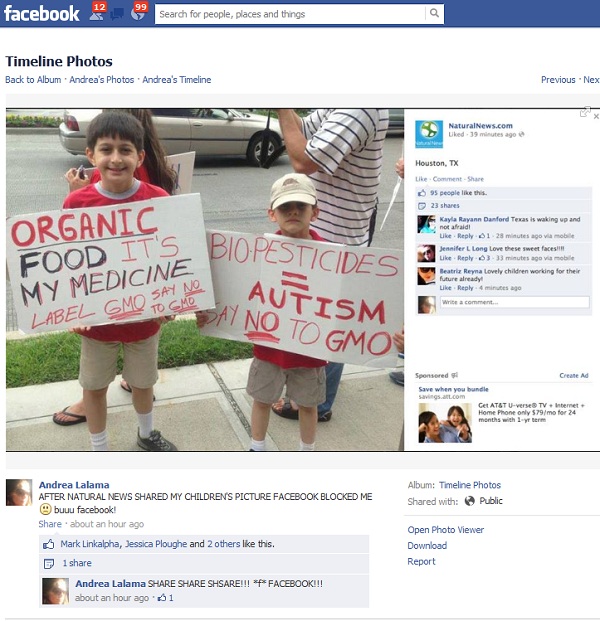