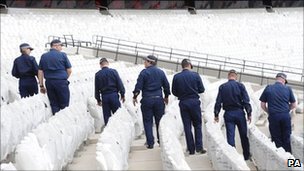 Defence Secretary Philip Hammond has told MPs that ground-to-air missiles will be deployed to protect the 2012 Olympic Games in London if deemed operationally necessary.

He was asked to confirm this by the former defence secretary Liam Fox.

It was Mr Hammond's first appearance at Defence Questions since taking over from Mr Fox.

The comments follow reports of concern in the United States about security plans for the Games.

The Guardian claimed the US was furious about security plans and wanted to send up to 1,000 of its own people, including 500 FBI agents but the Home Office says it has "full confidence" in the plans.

Mr Hammond was asked by his predecessor to confirm whether there would be a "full range of multilayered defence and deterrents" in place for the 2012 Games including surface-to-air missiles.

He replied: "I can assure him that all necessary measures to ensure the security and safety of the London Olympic Games will be taken including - if the advice of the military is that it is required - appropriate ground-to-air defences."

The BBC's Political Correspondent Robin Brant said Mr Fox would almost certainly have been aware of the security plans for the event - so the exchange may have been designed to show how seriously the UK's contingency planning was being taken.

The deployment of overseas security officers at the Olympics has become standard procedure in recent years but final responsibility for security rests with the host government.

National Olympic security co-ordinator Chris Allison said there would be a small amount of "foreign security liaison officers" in London to act as a link between their national teams and UK police.

The US was providing "great support", Mr Allison added, and their officials did not "recognise" the concerns expressed in the newspaper.

The Guardian article says the London riots, the arrest of a security guard at the Olympic site and arrests before the visit of the Pope last year have raised US anxieties while the restriction of the scope of anti-terrorism stop-and-search powers was also claimed to have caused concerns.

In response, the Home Office said security planning was "on track" and funding had been protected.

"The government is committed to delivering a safe and secure Games that London, the UK and the world can enjoy," a spokesman said. 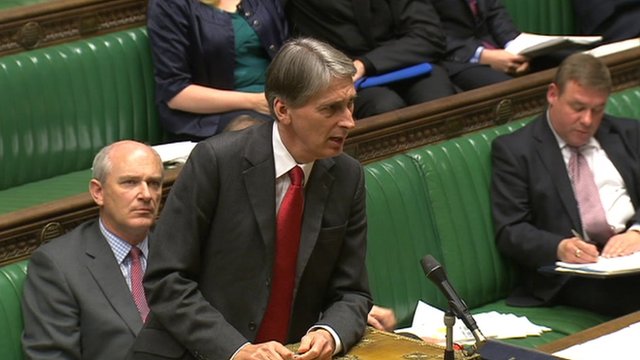 The International Olympic Committee (IOC), which undertakes detailed inspections of security preparations, had "full confidence" in the UK's plans, he added.

Responding to claims in the article, the games organisers Locog said precise numbers of security officers are only now being finalised because the venues themselves have only just been completed.

Earlier this year Mr Allison said 12,000 officers may be needed nationally to police the event and another 10,000-15,000 security officials could also be deployed by private security firm G4S.

The BBC's security correspondent Gordon Corera said: "The US is understood to be taking a close interest in the plans and is intending to send over hundreds of personnel to protect its athletes.