Doctors baffled by “mystery condition” that caused a woman to age 50 years in 5 days! “It could be a totally new syndrome.”

“Her husband, carpenter Nguyen Thanh Tuyen says his love for his once beautiful wife has not faded…”

Nguyen Thi Phuong, a married Vietnamese woman, covered her face out of embarrassment in the beginning. She thought her quickly sagging face was due to an allergic reaction to some seafood she ate. Both of the above images are said to be of the same person in a startling ‘before and after’ that shows her aging five decades in five days.

When it became obvious that her condition was not temporary, she sought medical help. That was in 2008, and the doctors are still unsure what caused her body to visibly age so quickly.

She still claims that a rare seafood allergy is to blame.

According to an article at The Telegraph, some have argued that the condition is lipodystrophy. This is a rare syndrome that causes a layer of fatty tissue beneath the surface of the skin to disintegrate while the skin itself continues to grow at a startling pace — thus causing the appearance of aging.

Displaying photos of a beautiful 21-year-old woman on her wedding day in 2006, Phuong said: “Five years ago, I was rather pretty and not so ugly like this, right?”

Because this condition has only affected her appearance, she still has the health of someone in her early twenties.

“The skin on my face, chest and belly have folds like an old woman who has given birth several times although I have never had a child. But the rapid-aging syndrome hasn’t affected my menstrual cycle, hair, teeth, eyes and mind.”

The syndrome has no cure, and leaves its victims with loose folds of skin all over their bodies, wrinkled faces and the gaunt features of a pensioner. The condition is extremely rare: out of around seven billion people on the planet, only 2,000 are thought to have lipodystrophy.

Explaining why she still believes it’s an allergic reaction, she said: “I was really itchy all over my body. I had to scratch even while sleeping.” She also complained on hives on her skin, and tried a few different medicines and folk remedies.

“Then I switched to traditional medicine,” she explained, “and all the hives disappeared, together with my itching. However, my skin began to sag and fold.”

From The Daily Mail:

However, doctor Huynh Huy Hoang of the HCMC Dermatology Hospital has doubts over this diagnosis. He said: “It’s really strange. This is the first time I’ve heard of such a case of rapid-aging process on an adult. It’s not lipodystropy syndrome. However, aging is not a common sign of Cushing’s Syndrome either.”

Doctor Yen Lam Phuc of the Vietnam Military Medical Academy agreed with Hoang, saying the rapid aging could not be a side effect of a medical substance. He said: “It could be a totally new syndrome.”

The sweet part of the story is her husband’s comments that their love is still strong as ever, despite her appearance.

According to The Daily Mail, Tuyen said his wife’s disease has not affected his love for her or their relationship. “I married Phuong when she was a beautiful woman. I have followed her through her disease and have never been shocked at all.”

“It’s not easy to talk about one’s own marital affairs,” he added. “Just simply understand that I still love her very much.”

Mrs Nguyen said her husband’s love is the reason she is able to persevere in the face of adversity. She said, “He still loves me like before despite the fact that I look old and ugly. With him, I feel more confident to live and work.” 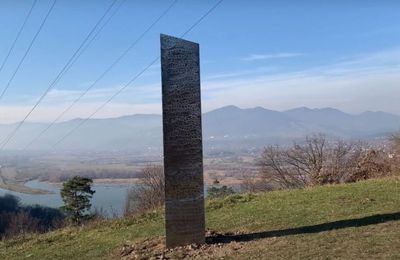