NaturalNews) Remember two years ago when every news show featured hysterical reports about the so-called H1N1 pandemic and how the supposed killer flu was striking down healthy kids? True, many previously healthy children became critically ill, developing severe pneumonia and respiratory failure. And some tragically died after being diagnosed with H1N1. But was that really the accurate explanation of what caused their death?

According to the largest nationwide investigation to date of the flu in children who became critically ill, scientists from Children's Hospital Boston have found another reason to explain the severity of the youngsters illness. It turns out that it most likely wasn't H1N1 alone that caused healthy children to become so ill many died.

Instead, these kids were unknowingly infected with something else. That additional infection, the superbug known as methicillin-resistant Staphylococcus aureus (MRSA), spiked the risk for flu-related deaths 8-fold in children who were otherwise believed to be totally healthy before they became ill.

Almost all of these children who were found to be infected with the superbug were immediately treated with vancomycin, considered to be best treatment for MRSA. Yet they died despite being administered this powerful antibiotic and their deaths were blamed on the flu. But the new research suggests it was the MRSA that played a huge role in killing these children.

"There's more risk for MRSA to become invasive in the presence of flu or other viruses," study leader Adrienne Randolph, MD, MsC, of the Division of Critical Care Medicine at Children's Hospital Boston. Said in a statement to the media. "These deaths in co-infected children are a warning sign." He added this is especially alarming given the rising rates of MRSA infections being carried widely among children.

"It is not common in the U.S. to lose a previously healthy child to pneumonia," Randolph said. "Unfortunately, these children had necrotizing pneumonia eating away at their tissue and killing off whole areas of the lung. They looked like immunocompromised patients in the way MRSA went through their body. It's not that flu alone can't kill - it can - but in most cases children with flu alone survived."

Sixty percent of the youngsters investigated for the new study already had sometimes serious health problems before contracting the flu. But of the 251 children (30 percent) previously healthy children included in the research, the only risk factor that was identified which likely contributed to their increased risk of dying was a diagnosis of a MRSA infection in the lung. The researchers expressed surprise that the antibiotic used to treat the MRSA-infected children didn't work and suggested the drug couldn't penetrate the lungs or the disease moved too rapidly.

Recent studies have shown a worrisome rise in the number of youngsters who are carriers of MRSA. A 2010 study published in Pediatrics found that the number of children hospitalized for MRSA infections increased from 2 in 1,000 admissions in 1999 to 21 in 1,000 admissions by 2008. The cause appears to be the never-ending and growing use of antibiotics in people and animals. "The more antibiotics we take, the more we colonize ourselves with antibiotic-resistant organisms such as MRSA," Randolph noted.

Curiously, the researchers are not emphasizing going after the cause and spread of MRSA infections as much as they are using their findings to push for flu shots. Their study, just published in the journal Pediatrics, promotes flu vaccination among all children aged 6 months and older. 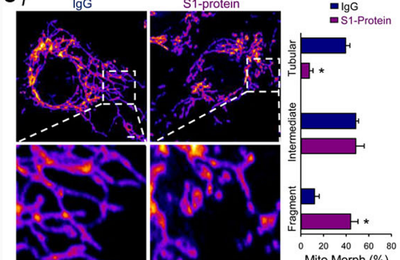