A UFO-like object floating in the clouds was caught on camera on the same day ten dead birds were found in a nearby garden.

Calum Sherwood, 23, was shocked to see the outline of what appeared to be a UFO while riding on a bus in Salterbeck, south of Workington, Cumbria, on Monday.

Sharon Larkin, UFO enthusiast and Mr Sherwood’s friend who lives nearby, found ten dead birds in her garden that day.

Ms Larkin claims that ‘dead birds are associated with sightings of UFOs’, and experts are divided over the cause - with some believing it could be a rare cloud formation, while others believe it could be ice crystals from a jet engine. UFO outline: Just above the chimney is the strange shape Calum Sherwood saw in the sky in Salterbeck, Cumbria, an area which UFO investigator Sharon Larkin says is a hotspot for supernatural activity

SO WHAT IS IT?

The circular shape may have been caused by a 'contrail' - ice crystals produced by jet engines at high altitude that have left a condensation trail.

However, another explanation is an  unusual cloud formation known as a fallstreak hole or hole punch cloud - a large circular gap that can appear in clouds and is often mistaken for a UFO.

They are formed when the water temperature in the clouds is below freezing but the water has not frozen yet due to the lack of ice particles.

If it is not a cloud formation or a plane - and ruling out the arrival of little green men - perhaps it was created when Fearless Felix Baumgartner re-entered the earth's atmosphere after his leap from the edge of space on Monday.

She claims the area, which is close to Sellafield nuclear power plant, was a hotspot for unusual activity.

Ms Larkin said: ‘There is something about this picture. The line around the edge of the UFO is very clear and very specific.

‘I’ve shown it to other people and some people have suggested it might be an unusual cloud formation, but the perimeter is very clear and I don’t think that’s the case.

‘What’s really strange is that the day Calum took this picture I discovered about ten dead birds in my garden, the back and the front.

‘They were sparrows and blackbirds. It could just be a co-incidence but the discovery of dead birds is associated with sightings of UFOs.’

A spokeswoman from the Met Office said: 'It looks like a it’s just a persisting circular contrail (a condensation trail of ice crystals produced by jet engines at high altitude).

'There’s patchy high cirrus cloud around, so the atmosphere is moist enough to allow contrails to last for some time.

'It’s hard to tell whether the contrail is above or below the cloud around it but we suspect that in some places it is below, and the grey bits are then where the contrail shadow falls on the cloud beneath it.

'It’s unusual for a civil aircraft to be doing this sort of thing so it’s probably military.'

Ms Larkin said she had also heard unusual noises in the sky which sounded like ‘metal being scraped against metal’. Mr Sherwood, who works at the power plant, said: ‘I was looking at the object for about 20 minutes. It was so strange.

‘When I showed the picture to my girlfriend Michelle, we thought it might be a UFO so we contacted a friend who knows a lot about this kind of thing.

In 2010 a man was walking his dog when he saw a bright solid red light moving in a northerly direction above the town.

He claimed he saw the object flying very low, beneath cloud level, before it changed direction and disappeared from view.

Nuclear clean up: Sellafield is responsible for decommissioning and reprocessing nuclear waste and fuel manufacturing

Residents also reported seeing triangular shaped craft in the sky and shining balls of light in 2004.

Sellafield is responsible for decommissioning and reprocessing nuclear waste and fuel manufacturing, on behalf of the Nuclear Decommissioning Authority.

The Sellafield site has been operational since the 1940s, when it was used as a Royal Ordnance factory supporting the war effort. The site is also home to the world's first commercial nuclear power station - Calder Hall, which operated from 1956 to 2003. Sighting: Morag Ritchie said she saw the UFO hovering over her house in Aberdeenshire, Scotland and caught the blinking lights on camera 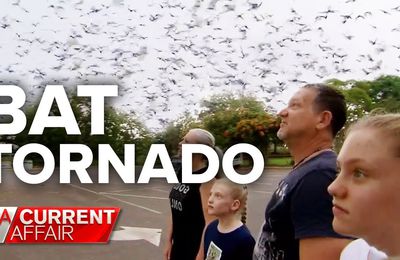