Each Friday we highlight a number of important, and often bizarre stories from around the world that my team and I are closely following:

It doesn’t get much greener than this.

Staking his presidential run on climate change, the Governor of Washington is set to sign a bill legalizing composting of deceased humans.

Did you know? You can receive all our actionable articles straight to your email inbox... Click here to signup for our Notes from the Field newsletter.

An especially high percentage of the deceased in Washington are cremated, so this alternative will cut down on carbon emissions.

Instead, family members can pay around $5,500 to turn their loved ones into compost, and use the composted-remains to plant a tree.

Hell, why not throw it right into the vegetable garden. Then your loved ones become a part of you.

Surely a sign that the end times are nigh, the Satanic Temple has successfully gained tax exempt status like any other religion.

The thing is, they aren’t really all about worshipping Satan.

The church was founded as a bit of a joke. The group is meant to protest the meddling of government and religion.

For instance, if government functions start with a prayer, they want to open with a prayer to Satan. And if a courthouse lawn has a ten commandments statue, they want Lucifer spreading his wings right there beside it.

And now they have forced the government to recognize them as a religion, with all the tax exemptions that come with it.

3. Laying the groundwork for conscientious objection to taxes

Last year a man who refused to pay taxes since 1997 had his case dismissed by a federal court.

He refused to pay because some tax dollars fund abortions which he morally objects to.

But the reason his case got dismissed had nothing to do with that.

The government couldn’t prove he evaded taxes, because he never tried to hide it.

He was very open about why he wouldn’t pay taxes. That’s not evasion, that’s just refusal.

And when the IRS started garnishing his wages, the man simply cashed his work checks, and kept a low balance in his bank account. The court said not everything that makes collection harder is evasion, including simply cashing checks.

I still prefer the legal ways of reducing my taxes, that won’t have be hauled in front of a judge.

We said it was coming…

Desperate for attention in her 2020 bid for President, Senator Elizabeth Warren continues to roll out the most “progressive” policy proposals among the candidates.

She’s already proposed a wealth tax, jailing CEOs for civil crimes, and breaking up any large corporation she can get her hands on.

Now she wants to forgive almost all of the $1.5 TRILLION worth of student loan debt.

However you won’t be receiving any relief if you live in a household with income over $250,000 per year.

Since the United States government owns 90% of student loan debt, this just means that the taxpayers will be on the hook for all those wonderful underwater-basket-weaving and gender studies degrees.

Warren also proposed making college free. Because the government has done such a great job educating the youth in public schools…

Beyond a reasonable doubt is the standard for criminal convictions. Only then can you be deprived of life, liberty, and property.

But all it takes under Colorado’s new red flag-laws to take your guns away is a preponderance of evidence.

And that weak standard of evidence doesn’t even have to apply to a crime.

The evidence just has to suggest that a person “poses a significant risk of causing personal risk to self or others in the near future.”

For a statute that can strip you of your rights, that’s pretty vague and arbitrary.

If a family member or former roommate testifies that you are a risk to yourself or others, the courts can confiscate your guns with an Extreme Risk Protective Order (ERPO).

After two weeks, the “suspect” (if you can even call them that, since they aren’t suspected of a crime) has a chance to prove his innocence in court. In other words, you are presumed guilty until you spend your own money to prove your innocence. Otherwise the ERPO can be extended for a full year.

And the same standard of proof can be used by the accuser to extend the ERPO year after year.

So forget due process. The whims of the cops and judges can strip you of your right to protect yourself.

And to continue learning how to ensure you thrive no matter what happens next in the world, I encourage you to download our free Perfect Plan B Guide.

Because... If you live, work, bank, invest, own a business, and hold your assets all in just one country, you are putting all of your eggs in one basket.

You’re making a high-stakes bet that everything is going to be ok in that one country — forever.

All it would take is for the economy to tank, a natural disaster to hit, or the political system to go into turmoil and you could lose everything—your money, your assets, and possibly even your freedom.

Luckily, there are a number of simple, logical steps you can take to protect yourself from these obvious risks: 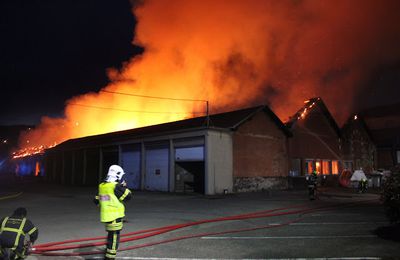 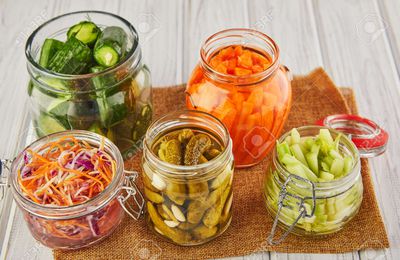