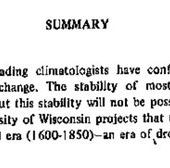 The mercury has plummeted up to 10 degrees below average across southern Australia as a strong front moved across the region.

Frost formed in all of the southern states and was severe in some areas this morning, with temperatures dipping five-to-10 degrees below average.

Walpeup in the Victorian Mallee had its coldest September morning in 23 years and coldest morning this late in the year in more than 50 years of records, recording a minimum of -0.8 degrees.

Frost formed in all of the southern states and was severe in some areas this morning, with temperatures dipping five-to-10 degrees below average. (AAP)

A 24-year-old record for this time of the year was shattered in Victoria's Hunters Hill, where temperatures hit an icy -2.6 degrees.

The chill was most felt however on the Alps.

Falls Creek reached a 12-year low of -7.6 degrees at Falls Creek, while Mt Hootham had a reading of -8.0 and the summit of Thredbo dropped to -8.6 degrees.

The mercury has plummeted up to 10 degrees below average across southern Australia as a strong front moved across the region. (9NEWS)

Meteorologists have attributed the glacial weather to an unusually strong front, which also brought sub-zero temperatures to a number of Victorian towns.

Warmer weather across the south is expected over the coming days, thanks to growing wind and cloud cover.

Those winds have come early to Sydney, which is set to shiver today through a low of 10 and a top of 17 is forecast.

It comes after Sydney enjoyed a stunning Spring day yesterday, climbing to a top of 34 degrees in Richmond and 32 degrees in Campbelltown and Albion Park.

Cloudy Melbourne shivered through five-degree-weather earlier this morning but will enjoy a milder 13 degrees later today.

Meteorologists have attributed the glacial weather to an unusually strong front, which also brought sub-zero temperatures to a number of Victorian towns. (AAP)

Clouds are also expected for Adelaide, with the city to reach a high of 15 degrees, up from six.

Australia’s westernmost capital Perth will achieve a maximum of 19, up from four degrees.

Canberra didn’t escape the frost, hitting a low of -1. Temperatures will climb as high as 15 as the day progresses.

Hobart residents can expect to see both rain and sunshine, with the weather warming to 13 degrees after a low of four.

Darwin’s temperatures have shifted from a balmy 23 degrees to a top of 34.

An Arctic front swept across the province Wednesday, causing temperatures to plunge in several regions. Matt MacDonald, a meteorologist with the national weather agency, said there were 14 daytime records broken, 18 overnight lows smashed and seven new records for the most snowfall on Oct. 3, including a whopping 28 centimetres of snow in Sparwood, east of Fernie.

He said the front whipped down from the north and clashed with moisture from the Pacific Ocean. MacDonald said more records may be broken overnight, but it’s not likely to be as cold as Wednesday.

“We are waking up to some frosty mornings,” he said, adding that in Metro Vancouver, although the overnight low was around 2ºC, frost still accumulated on the ground.

The record-breaking temperature for cold in B.C. on Wednesday was Clinton, where -14.2ºC was recorded, smashing the old mark of -5 set in 2012.

Even Vancouver saw a record low, though the mercury didn’t go below zero. Environment Canada recorded 1.6ºC at YVR on Wednesday, breaking the previous record of 2.8 in 1937.

MacDonald said most regions should return to near-seasonal temperatures over the next week, but the overnight lows will remain slightly cooler than normal. So, for example, in Vancouver, overnight lows are expected to be around 5ºC, instead of a seasonal average of around 8.

Note: This story has been updated. Environment Canada sent out a correction later in the day to say that Fernie in fact received 28 centimetres of snow. Earlier copy contained incorrect information.