A VOLCANO has today erupted in Indonesia, in what is the third volcanic eruption following the devastating earthquake and tsunami last week. The eruption of Gamalama, which makes up the Ternate island in Indonesia, sent plumes of thick ash into the sky.

It is the third volcano to erupt after the 7.5 magnitude earthquake that struck the island of Sulawesi last Friday, leaving more than 1,400 people dead.

Mount Soputan in North Sulawesi and the Son of Krakatoa volcano in Java yesterday erupted.

Lava streamed from the Son on Krakatoa volcano and the eruption of Mount Soputan sent ash up to 20,000ft into the sky.

The official death toll from Friday’s earthquake is currently at 1,424, but this is expected to rise as losses in remote areas are unknown.

Many people were killed by the tsunami and landslides the quake triggered.

An international effort is being coordinated in response to the disaster.

Food and water has been distributed in the city of Palu, which has bene the focus of the aid effort.

Sutopo Purwo Nugroho, national disaster mitigation agency spokesman, said: "Power is partly on, communications are on, water and food distribution are going on and will continue.”

And rescue workers have started to reach remote areas in a disaster zone that includes 1.4 million people.

UN under-secretary-general for humanitarian affairs and emergency relief coordinator Mark Lowcock said: "The government of Indonesia is experienced and well-equipped in managing natural disasters, but sometimes, as with all other countries, outside help is also needed.”

Ms Mordaunt said: "It's essential we get vital UK aid supplies, including shelter kits, to those affected by the recent earthquake and tsunami in Indonesia as quickly as possible.

"This is extremely challenging given the devastation.

An aerial view of the destruction caused by the earthquake in Palu (Image: REUTERS)

"The UK is a leader in providing emergency humanitarian assistance when disaster strikes and our expertise will help greatly."

A total of 20 countries have offered aid, Indonesia said.

Indonesia sits on the Ring of Fire region, which is an area where many of the world’s earthquakes and volcanic eruptions occur. 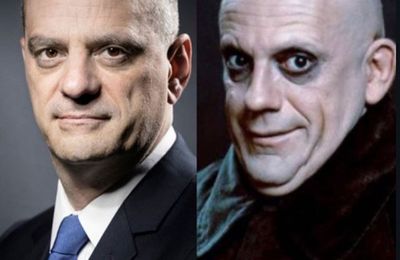