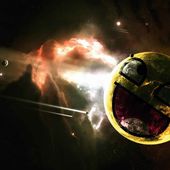 Southern California’s section of the San Andreas fault is “locked, loaded and ready to roll,” a leading earthquake scientist said Wednesday at the National Earthquake Conference in Long Beach.

The San Andreas fault is one of California’s most dangerous, and is the state’s longest fault. Yet for Southern California, the last big earthquake to strike the southern San Andreas was in 1857, when a magnitude 7.9 earthquake ruptured an astonishing 185 miles between Monterey County and the San Gabriel Mountains near Los Angeles.

It has been quiet since then — too quiet, said Thomas Jordan, director of the Southern California Earthquake Center. 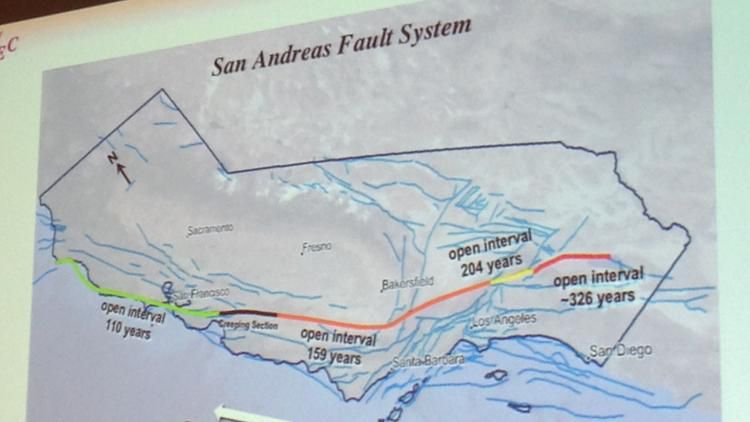 “The springs on the San Andreas system have been wound very, very tight. And the southern San Andreas fault, in particular, looks like it’s locked, loaded and ready to go,” Jordan said in the opening keynote talk.

Other sections of the San Andreas fault also are far overdue for a big quake. Further southeast of the Cajon Pass, such as in San Bernardino County, the fault has not moved substantially since an earthquake in 1812, and further southeast toward the Salton Sea, it has been relatively quiet since about 1680 to 1690.

Here’s the problem: Scientists have observed that based on the movement of tectonic plates, with the Pacific plate moving northwest of the North American plate, earthquakes should be relieving about 16 feet of accumulated plate movement every 100 years. Yet the San Andreas has not relieved stress that has been building up for more than a century.

Jordan said it’s important that California focus on becoming resilient to a potential huge earthquake, one as strong as a magnitude 8. He praised Los Angeles’ plan to require earthquake retrofits on apartment and concrete buildings, pushed into law by Mayor Eric Garcetti.

“It’s remarkable that this happened,” Jordan said. “We know politically how difficult it is to make these kinds of changes.”

Other areas of focus have included strengthening Los Angeles’ vulnerable aqueduct systems and its telecommunications networks.

A 2008 U.S. Geological Survey report warned that a magnitude 7.8 earthquake on the southern San Andreas fault would cause more than 1,800 deaths, 50,000 injuries, $200 billion in damage and severe, long-lasting disruptions. Among the predicted problems: The sewer system could be out of commission for six months.

Such an earthquake could cause shaking for nearly two minutes, with the strongest shaking in the Coachella Valley, Inland Empire and Antelope Valley, but it also could send pockets of strong shaking into areas where sediments trap shaking waves, such as the San Gabriel Valley and East Los Angeles.

The devastating potential of the fault became clear with a 1857 temblor, which had an estimated magnitude of 7.9. It became known as the Fort Tejon quake. The name is something of a misnomer because it started farther north, way up in Parkfield in Monterey County. The quake then barreled south on the San Andreas for about 185 miles, through Fort Tejon near the northern edge of Los Angeles County, then east toward the Cajon Pass in San Bernardino County, near what is now the 15 Freeway.

The quake was so powerful that the soil liquefied, causing trees as far away as Stockton to sink. Trees were also uprooted west of Fort Tejon. The shaking lasted 1 to 3 minutes.

Even though the San Andreas fault does not go directly into Los Angeles — it is 30 miles away from downtown — the city is expected to be heavily shaken by a large earthquake on that fault. For instance, simulations of a possible magnitude-7.8 San Andreas fault that begins at the Salton Sea and spreads west toward the San Gabriel mountains show seismic shaking waves "bent into the Los Angeles area," Jordan said. One video shows strong ground shaking stretching from northern San Diego County to Barstow.

Using the world's largest supercomputer at the time, the Southern California Earthquake Center in 2010 unveiled a simulated magnitude-8 earthquake that begins in Monterey County, like in 1857, but travels even farther south, heading toward the Mexican border. The L.A. Basin and the San Fernando Valley will be hit hard because the shaking will be trapped by soft soils in the valley and basin.

"You can see that this area of influence by the shaking has now expanded out to huge proportions," Jordan said. "You see that big directivity pulse out in front, as that energy is being shoved down that fault, that directivity pulse leads energy into seismic waves that excite the sedimentary basins, like the San Fernando Valley and the Los Angeles basin," and through San Bernardino, Jordan said.