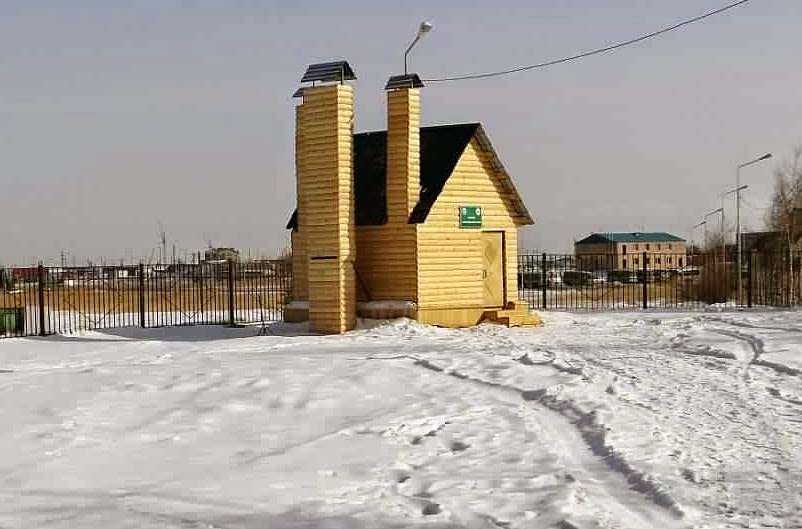 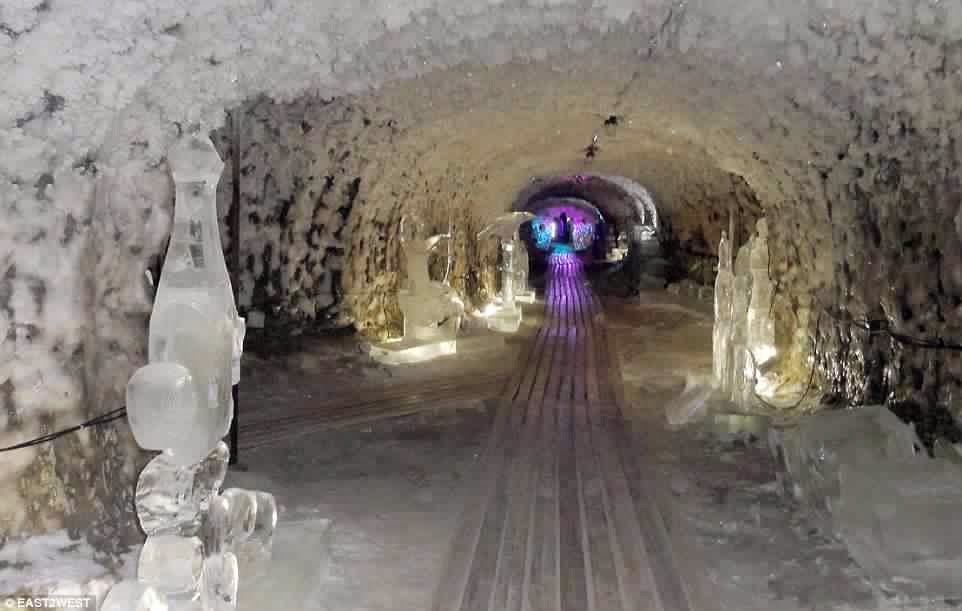 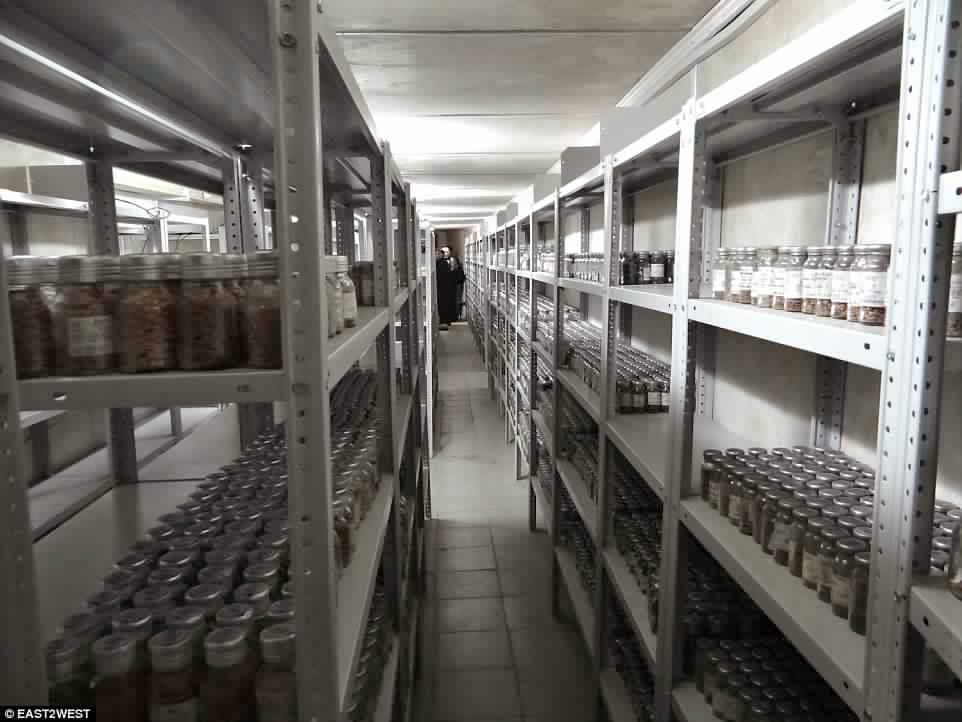 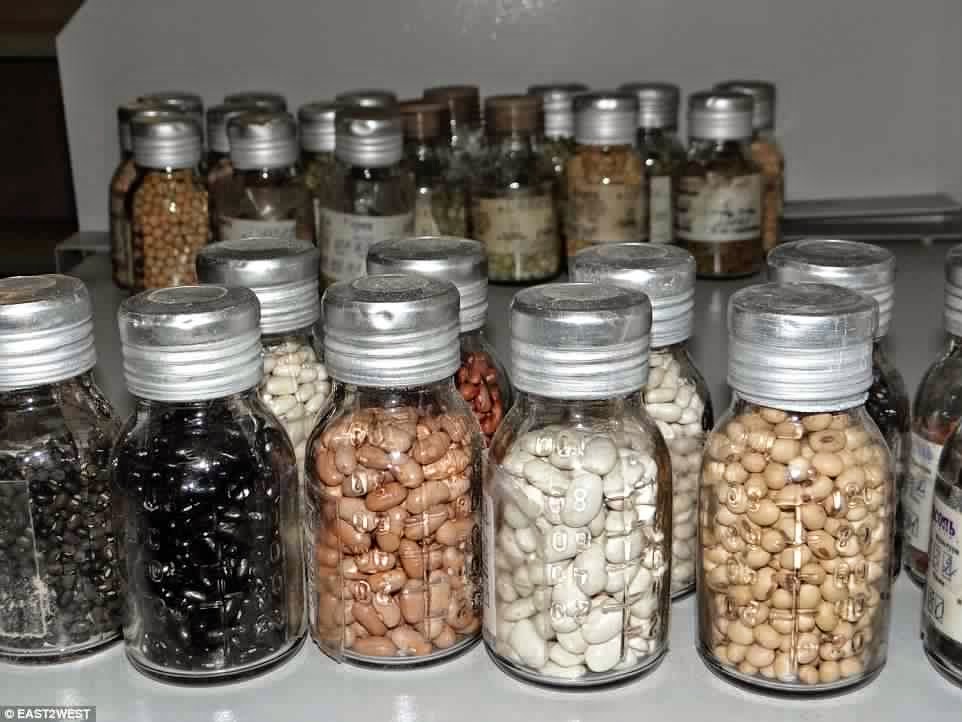 Underneath THIS tiny hut lies the 'Noah's Ark' for world's food supply: Vault deep beneath the coldest city on the planet to become home to massive stockpile of seeds and plants

In Siberia, there is an inconspicuous wooden hut that doesn't warrant a second glance. But this unremarkable building will be the entrance to a vault that could one day save the human race.

A storage facility dubbed the 'Noah's Ark for seeds' that will safeguard the planet's food supply and rare plants against Doomsday is about to be constructed underneath it.

The pioneering facility will use the natural cold of Siberia's thick permafrost to preserve samples for up to 100 years. Wood you believe it? This unremarkable building will be the entrance to a vault that could one day save the human race Protection: The vault will enable scientists to safeguard many of the world's most important foods against war and climate change. Pictured is one of Yakutsk's amazing permafrost caves Unique: The building does not use any fans to keep the temperature under the ground cool and instead relies on the natural cold air Move along, nothing to see here: The first part of the cryostorage facility in Yakutsk was opened in December 2012

Being built at a cost of 227 million roubles (£3.2million), at least 1.5million seeds - from plants, vegetables, cereals and other food sources - will be housed in the special cryostorage unit in Yakutsk, the coldest city on the planet.

It will enable scientists to protect many of the world's important foods and endangered plant life against climate change, war, and disaster, reported The Siberian Times.

In 2008 a similar vault was created in Norway, but the new facility in northern Siberia is the only one of its kind that solely uses the unique natural permafrost cooling system.

There is already a small unit containing 100,000 samples on the site, in the Sakha Republic, but a new purpose-built extension will turn it into the largest anywhere on the planet.

Georgy Kuzmin, lead researcher of the Permafrost Institute - part of the Siberian Branch of the Russian Academy of Sciences - said: 'The project does not use any machinery or electricity or gas.

'It only uses natural cold and, respectively, the operating costs are minimal.'

The first part of the cryostorage facility in Yakutsk was opened in December 2012, some 35 years after Soviet scientists began an experiment in a mine at the Permafrost Institute. There is already a small unit containing 100,000 samples on the site, but a new extension will mean many more seeds can be stored The vault will be able to accommodate 1.5million seed samples, and will be filled with collections from Russia and the rest of the world Yakutsk has an average winter temperature of -34C, making it the coldest major city in the world Brrr-ight idea: The vault is in Yakutsk, the coldest city on the planet - which is more than 3,000 miles from the Russian capital Moscow

See what life is like in the coldest city on Earth At a depth of 12 metres they began the long-term storage of seeds from legumes at a temperature of about -7C using just the natural cold from permafrost.

Scientists were able to prove that seeds can be stored at that temperature, rather than colder, without losing any of their germinating capacity.

Later, about 1,000 seeds from crops common in the Sakha Republic, also known as Yakutia, were added to the vault along with some endemic, rare and endangered plant species.

By the time the new facility opened in 2012, there were 11,000 samples and there is now currently space for about 100,000 seeds from around Russia.

The unique building does not use any fans or pumps to keep the temperature under the ground cool and instead simply relies on the natural cold air.

The new phase will be able to accommodate 1.5million seed samples, and will be filled with collections from Russia and the rest of the world.

Scientists aim to preserve many of the most endangered species of plants as well as keep a stockpile of common seeds for up to 100 years that they won't need to replant.

They will be placed inside special sealed glass containers, with the freezing temperatures outside preserving them in a giant natural refrigerator.

There is a similar storage laboratory in Svalbard, in Norway, but it relies upon artificial cooling measures as well as permafrost to lower temperatures to -18 degrees Celsius.

This, according to scientists in Siberia, makes it less safe because of the dangers of a power outage posing a risk to the ability to keep the facility cool.

Global warming may also raise the temperatures of the Norwegian ice fields and melt the permafrost, something that is not possible in the Sakha Republic.

Nikolai Goncharov, from the Institute of Cytology and Genetics in Novosibirsk, said: 'When global temperatures get warmer by five degrees, the glaciers on Svalbard will melt.

'To melt the permafrost in Yakutia temperatures need to rise by about 20 degrees.

'So we have quite a unique situation in which the permafrost can create storage in natural conditions that will keep the desired temperature.

'It is an eternal, and environmentally-friendly, system that cannot be affected by any disasters.'